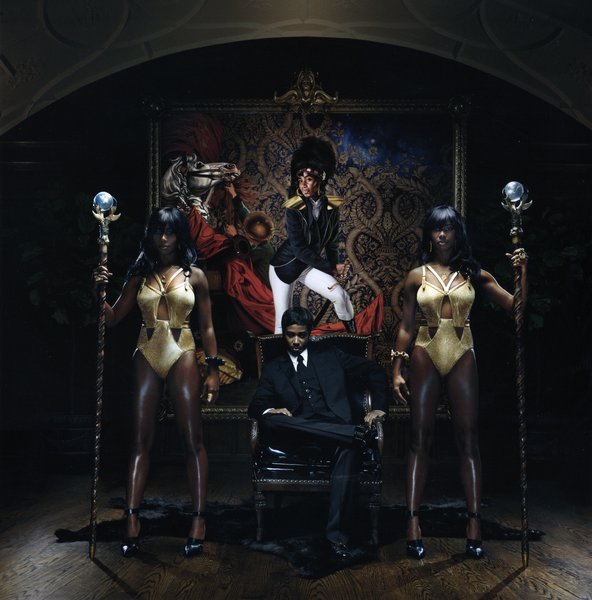 Santi White, better known by her stage name Santigold, took the world by storm in 2008 with her debut album, “Santogold.” Praised by critics and loved by fans, the album sent the young star on tour with some of the industry’s biggest — Kanye West, Jay-Z and The Beastie Boys — soon after its release.

Santigold just released the cover art for her new album “Master of My Make-Believe,” out May 1. For the picture, she hired the photographer Jason Schmidt to shoot her three ways: as attendants wearing custom bodysuits designed by Alexander Wang in what she calls “Bond-girl, gold of course!”; as a distinguished army officer in a painting by the artist Kehinde Wiley; and as a dominating mafia Don in the center — “Some sort of ruler in my own reality,” Santi calls it.

Referencing the 18th-century British artist Joshua Reynolds’s painting of Banastre Tarleton titled “Portrait of an Officer,” Wiley’s depiction of Santi is, in fact, his first of a woman ever (up until this point his work has focused solely on African-American men, whom he places against vividly colorful and cartoonish floral backdrops). Here, exclusively for T, is a behind the scenes look at the making of Schmidt’s powerful photograph.