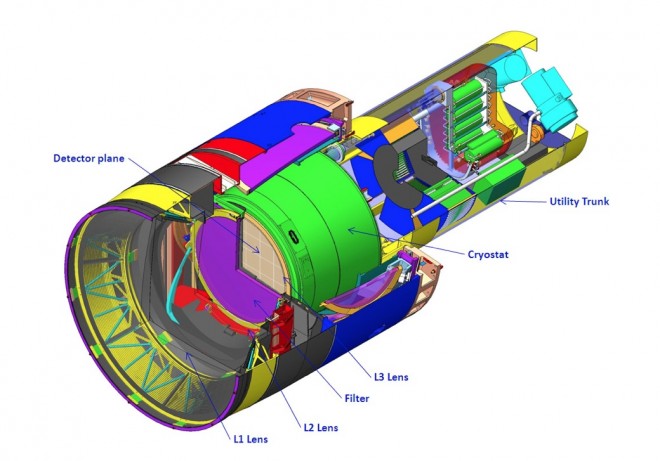 “It looks like the folks at Stanford didn’t get the memo about the megapixel race being over. The Linear Accelerator Center (SLAC) is planning to build a one billion pixel sensor. That’s 3.2 gigapixels.

The camera, which will cost around $170,000 to build, will be around “the size of a small car,” and the sensor will be made up of 189 smaller sensors. And what will Stanford boffins use this for? Not for snapping photos of their pets, that’s for sure. The camera will be a part of the $500 million Large Synoptic Survey Telescope (LSST), which will snap photos of the heavens from a Chilean mountaintop.

To capture images, the LSST will use an 8.4-meter (28-foot) mirror, and weigh around 650 tons. Despite this weight, it will be able to snap into position in just five seconds, recording 800 15-second exposures each night. It will be able to see ” light that’s 100 million times fainter than the human eye can see,” says Paul O’Connor, the scientist in charge of the sensor’s workings.

Construction will start when the LSST clears the final stages for funding from the U.S. Department of Energy. And once it is up and running, the public will be able to access its data, a four-dimensional model of the Milky Way. Think of it as a little like Google Street View, only for the universe.”