NPR continues its dope Tiny Desk Concert series with a performance by West Coast talents “The Internet”, and they supply the progressive, forward-thinking vibes.

“The Internet is both an anomaly and a sign of the times. No, I’m not talking about the actual Internet you’re using to read this text (though that Internet is pretty special, too), I’m talking about the L.A. band featuring founding members Syd The Kid (vocals/production) and Matt Martians (keys/ production), as well as Pat Paige (bass), Jameel Bruner (keys) and Chris Smith (drums).

The band might just be the oddest thing to come from Odd Future, the collective known for its irreverence — and, of course, for making hip-hop. The Internet doesn’t stand out from the rest of Odd Future because of any over-the-top antics, but because they make great R&B music. Beautiful, textured, enveloping R&B. Sure, the swagger of hip-hop is apparent in Syd’s songwriting and the swing of the beats, but that doesn’t mean it’s adulterated — theirs is some of the most refreshing neo-soul to come out in years, and it’s created by a band whose members were small children or not even born when the subgenre came to be in the mid- to late ’90s. That’s where the sign-of-the-times part comes in; while some decry the death of musicianship at the hands of samplers, drum machines and computer programs, we need look no further than the L.A. band for evidence to the contrary.

Seeing is believing, so the band stopped by NPR’s D.C. offices for a Tiny Desk performance that’ll give you a taste of the new Ego Death and a song from 2013’s Feel Good. Watch the performance and put your Internet service to good use.” – NPR

Previously played by Kaytranada as part of his BBC Radio 1 residency, he said this track would be up to The Internet to release…and it looks like today is the day they picked to bless our ears. This record will find its way on the group’s upcoming Ego Death album, due out June 29th.

The Internet – Girl (Produced by Kaytranada) 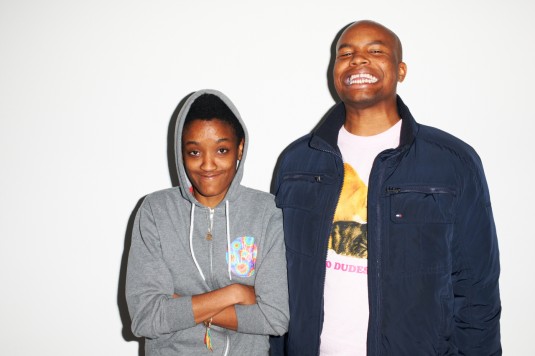 Originally debuted as part of Kaytranada’s BBC Radio 1 residency, “Girl”. Kaytranada has said the song will be officially out “soon,” but that ultimately it’s up to The Internet. Check it out below.