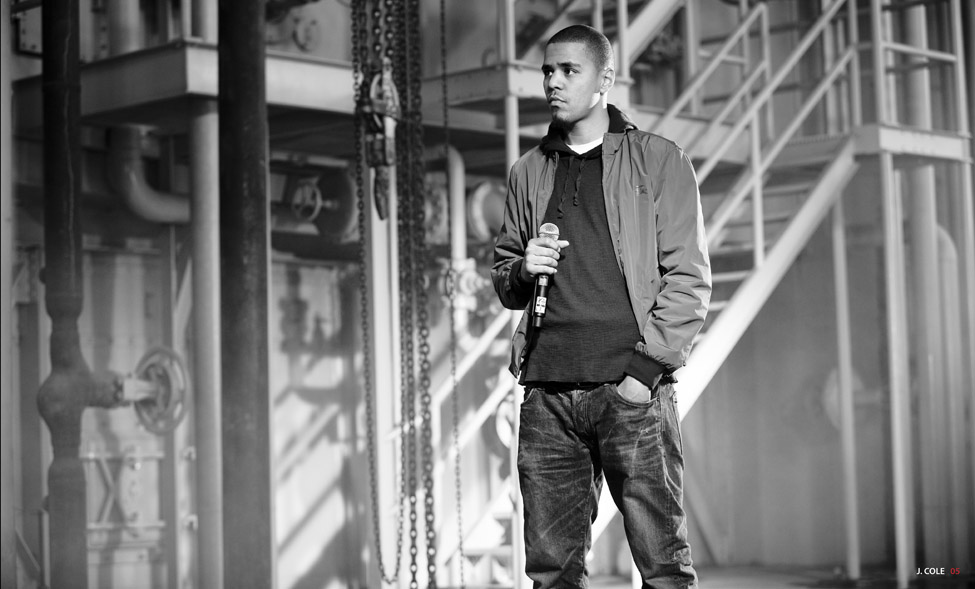 And just like a miracle, a new J.Cole track finds its way out to the internet to listen to while I study for these finals. This is a track from the vault that won’t be on Cole’s debut due out later this year.

EDIT: This is actually a track for charity. Here’s the info.

“Celebrated creative mind Alex Haldi has collaborated with some of music’s biggest stars including Jay-Z, Rihanna, Big Boi, Wu-Tang, Ludacris, J. Cole & LL Cool J, and is putting the finishing touches on his own solo art event May 12, 2011 in NYC at World Monuments Fund Gallery. Exploring the human fascination with organized crime, ‘The Glorification of Gangster’ showcases some of the key players and criminal lifestyles across the globe and many generations. The art at the show will consist of three elements: Fine art (including mixed media paintings on wood), Oversized Typography Murals, and Retro Pop-Art Illustrations. Portions of work sold will be going to charity (campkayak.com).

A promotional mixtape is to be released in the next month which will include a series of original music, mash-up remixes, and classic covers by a number of different acts that are all linked thematically with ‘Crime’. The talent will vary across different musical genres (hip-hop, rap, rock, electronic, etc.), and includes music from artists like J. Cole, Kris Kasanova, Voli, Andrew Maury (Ra Ra Riot producer and RAC), Jon Connor, Elite, Ritz, Lyn Charles, Loyal Divide, Neitherfriends, and many more.  The download will be free, with a link to donate money to our charity.