Jay-Z On What Makes A Classic Song 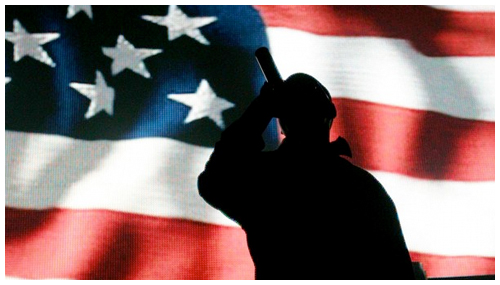 A great song doesn’t attempt to be anything — it just is.

When you hear a great song, you can think of where you were when you first heard it, the sounds, the smells. It takes the emotions of a moment and holds it for years to come. It transcends time. A great song has all the key elements — melody; emotion; a strong statement that becomes part of the lexicon; and great production. Think of “Bohemian Rhapsody,” by Queen. That song had everything — different melodies, opera, R&B, rock — and it explored all of those different genres in an authentic way, where it felt natural.

Hit the jump for the rest

When I’m writing a song that I know is going to work, it’s a feeling of euphoria. It’s how a basketball player must feel when he starts hitting every shot, when you’re in that zone. As soon as you start, you get that magic feeling, an extra feeling. Songs like that come out in five minutes; if I work on them more than, say, 20 minutes, they’re probably not going to work.

When I was starting out, I was just trying to tell stories. I wasn’t thinking about melodies. Then I started to marry storytelling with every­thing I was learning from all these other great records: the great writers like Babyface and Lionel Richie; Rakim’s technique and syncopation; Dre’s whole package on the Chronic albums; Quincy Jones, the greatest producer of all time; Rick Rubin, who’s not too far behind because of all his genre-jumping.

Technology has caused the songwriting process to lose some of the magic. A lot of times now, people working on a song aren’t in the same room. Imagine if Michael Jackson and Quincy Jones hadn’t been in the same room! Those records would have been totally different. I’ve had times when I changed one word because of something that somebody said in the studio, and it changed the whole song. It’s so important to have other people in the room, vibing, saying, “No, this part is good, put that there.”

I spend a lot of time fighting myself to stay out of the way of a great song. It’s hard for me to leave a song alone, in its natural state. I want it to have that mass appeal, but once I start trying to push it too far, you can feel that something isn’t right. When you can hear what a writer is trying to do, it’s like watching a dancer and seeing him counting his steps. Music is emotional — if you’re singing that you’re in love with somebody but it doesn’t really feel like you are, people can tell.

Some of my best songs aren’t the biggest ones. A song like “Can I Live” is so full of emotion to me — it was better than “Hard Knock Life” or “Empire State of Mind,” but it lacked that accessibility. ­Michael Jackson’s Off the Wall album may not have been bigger than Thriller, but the songs had better melodies.

But when a phrase gets stuck in your head like a great melody and becomes part of everyday culture, that’s when it can become something great. When your music signifies a time in the culture or continues on in everyday life, like “Say It Loud — I’m Black and I’m Proud” or “A Change Is Gonna Come.” Or when something like “Bling Bling” even makes it into the dictionary. Then you know you’ve done your job.